What is the Purpose of School?

September 14, 2015
This is a great question and one that was chatted about in one of my Voxer groups recently.  This question stuck in my head and led me to this blog post.  So I am grateful to my #LeadWild Voxer #PLN for bringing this up.  It was actually quite timely as we have been, in slightly different words, grappling with this question at home as our son adjusts to 4th grade.  Sometimes work and home align, and this is one of those times.

To begin to answer this question, I turned back to my "roots" so to speak, of a history teacher, and began with Socrates.  Really, I could begin my quest in many places, but for me Socrates seemed an excellent starting point.  During Socrates' time, Ancient Greece was a democracy of sorts.  Citizens (read: free adult men) were expected to contribute in different ways to the running of society.  For Socrates, he encouraged his students to seek the truth (this eventually will lead to his death).  To seek the truth, there were no textbooks or multiple choice exams.  Rather, there were conversations spurred by questions designed to illicit critical thinking and original thought.  Hmmm, not a bad idea!

Let's jump forward a millennium or so to Italy during the Renaissance.  During this time, the educated (read: those with means) sought out private tutors or sent their children to small schools.  The emphasis for study was,
coincidentally, the classic works of Ancient Greece and Rome.  Recall that prior to this time, education had focused on religious teachings, when people had time to pursue learning at all--the Dark Ages have that name for a few reasons.  The belief at the time was that Ancient Greece and Rome afforded unparalleled growth in human history so this was an excellent place for those during the Renaissance to seek knowledge themselves.  There existed a more structured learning environment than Socrates created--students were expected to demonstrate mastery of many topics that today we would label "Humanities" or "Liberal Arts".  Regardless, learning was somewhat self-paced and allowed for deep exploration.  Once "official" studies were completed, students went into the family business or could pursue their own path.  No standardized tests, no requisite grade promotion dates.  Students advanced as they were ready.  Hmmm.  Also not a bad idea!  And today we recognize the Renaissance as a period of unparalleled growth.  Coincidence?

My final stop on the education timeline before looking at what is happening today is the Industrial Revolution.  This is when schools as we know them really began to emerge.  Classrooms were organized by age first and then by skill--if there was something other than a one room schoolhouse to send your children to.  They were very teacher centered.  Standardized curriculum evolved.  And the primary goal was to produce good factory workers.  So now the practice of critical thinking disappears.  Instead, students are taught what they must know and are expected to parrot the information back on assessments.  We were entering an age of standardization due to factories, increased large-scale wars, and nation-building.  Suddenly those who can think for themselves are not the ideal citizen.  Rather, countries are looking to create vast populations who are, on paper "educated", but in reality are simply well-behaved rule-followers who are not encouraged to have original thoughts.  It is easier to do what is expected because in a world of growing standardization you will know where you belong.  Those who attempted to break the mold might suffer as a result--I think about the supporters of Marx and the women who fought for suffrage, in particular.

So this brings me to today.  Looking around, many would argue that we are experiencing another renaissance.  The rate at which new ideas are being brought to reality is staggering.  Yet as the world changes around our classrooms, many classrooms are not changing.  They are still operating in the Industrial Revolution model with worksheets, direct-instruction, and multiple choice tests.  I have to ask "why"?  We have so many tools at our disposal to allow for a more Renaissance-style learning experience.  Students of different aptitudes can use technology to support their learning.  Why does learning have to take place during a 10-month calendar?  Couldn't the year-round model be used throughout education and allow students to work in small cohorts to help direct their learning?  Why complete worksheets ad nauseam when students could collaboratively engage in real-world problem solving?  We no longer need to produce good factory workers.  Instead, we once again need to be producing critical thinkers who are actively engaged in the learning process.  These are the people that will move our nation forward.

I envy those students who got to sit with Socrates and question.  I envy those young Italians who would create without fear of failure.  I want my own son to be so engaged in his learning that he forgets sometimes that video games are within arms reach (I said sometimes).  I want students today to be so excited about going to school that they continue the conversations on the school bus and via collaborative documents housed in the Cloud.  I want parents to be excited to hear about what their children created today or failed at today, rather than what their children did today.  It is hard to let go of what we know.  But our world is evolving and if we truly subscribe to the idea that every child deserves an education and needs an education in order to be a successful, contributing member of society, then we have no choice but to let go of the past and reimagine schools that prepare our students not for factories, but for the future.  We owe it to them to provide an appropriate education that will set them up for success, rather than a dated education that prepares them for no jobs that will exist in their future.

And thus, I come to an answer to my question: Schools facilitate learning opportunities for students  to master the skills they will need for their own futures.  Returning to the beginning, Socrates NEVER gave students the answer.   He simply facilitated their own learning and understanding.  The ability to think critically about everything was the skill those young men needed.  What skills do our students need today and how can we facilitate opportunities for them to master these skills? 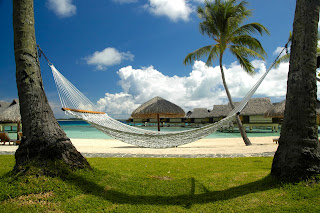